A Stoop to a Rake 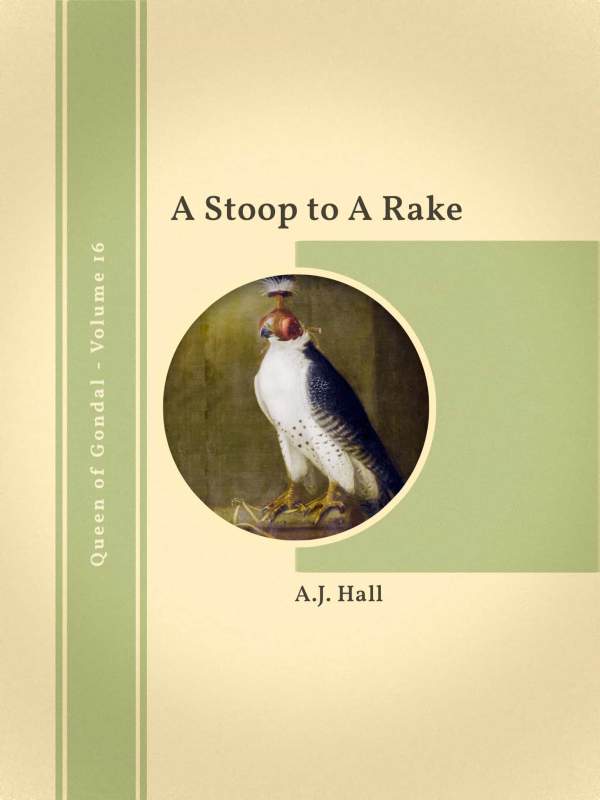 A Stoop to a Rake is the sixteenth in a series of Queen of Gondal books and is a quasi-historical AU of the BBC Sherlock series set (more or less) in three fantasy kingdoms devised by the Bronte children. You might like to refer to their suggested reading order, family trees & series information.

Charis plays a dangerous game and realises too late that the stakes are far higher than she imagined. Now only her wits, her nerve and her gambler’s instincts stand between her and the Pretender’s plans for the three kingdoms. And she is very far into enemy territory, and feels so very, very alone.

Acknowledgements:
As every, thanks to caulkhead for betaing and shezan for invaluable suggestions as to tension building.

The original central cover image is based upon a photograph of the painting ‘Jagdfalke. Öl auf Leinwand’ by an anonymous Italian follower of Gentile Bellini in the 17th century. The fonts used in this book are from the Source Serif Pro font family by Frank Grießhammer.

This novella is rated Teen (15). You might also like to consider other books set in the Sherlock fandom or read more books in the Queen of Gondal series.