By No More Storms Distrest 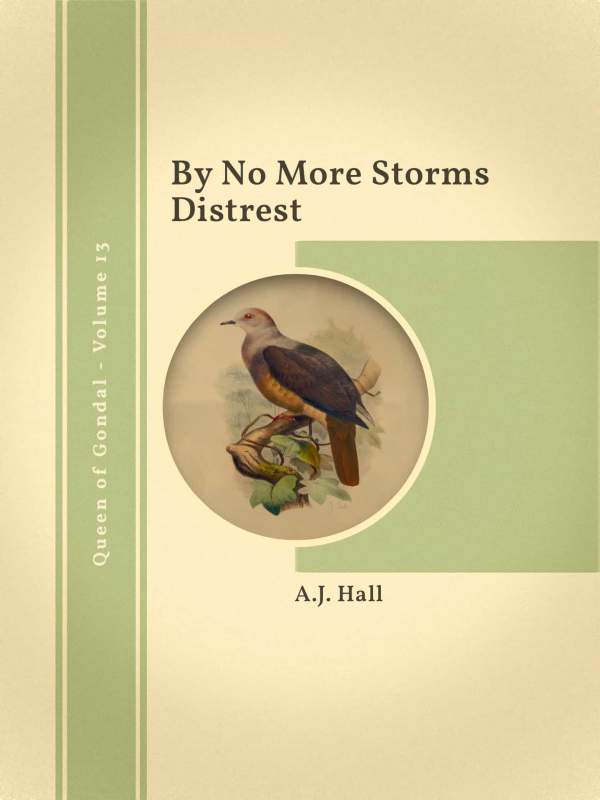 By No More Storms Distrest is the thirteenth in a series of Queen of Gondal books and is a quasi-historical AU of the BBC Sherlock series set (more or less) in three fantasy kingdoms devised by the Bronte children. You might like to refer to their suggested reading order, family trees & series information.

On the eve of war, defying death, treachery and exile, John and Sherlock manage to snatch an hour alone together. And this time, there’s even a bed…

An Easter egg for the one I love.

The original central cover image is based upon a restored reproduction (by Citroen) of a ‘Ducula latrans’ or Barking Imperial Pigeon originally from a book by Joseph Smit (1836-1929) — ‘Report on the scientific results of the voyage of H.M.S. Challenger during the years 1873-76’. The fonts used in this book are from the Source Serif Pro font family by Frank Grießhammer.

This short story is rated Adult (18). You might also like to consider other books set in the Sherlock fandom or read more books in the Queen of Gondal series.