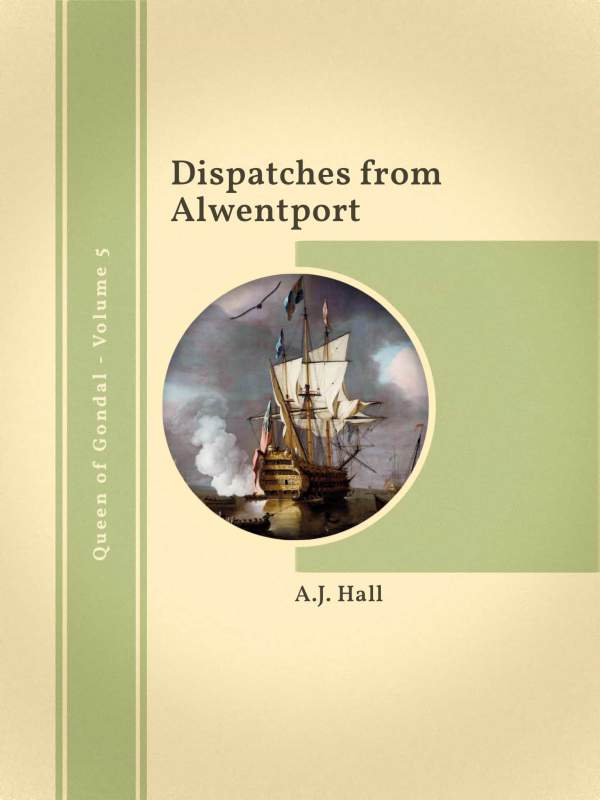 Dispatches from Alwentport is the fifth in a series of Queen of Gondal books and is a quasi-historical AU of the BBC Sherlock series set (more or less) in three fantasy kingdoms devised by the Bronte children. You might like to refer to their suggested reading order, family trees & series information.

After any military action comes the duty of reporting back to HQ and writing letters to the families of the fallen. So it is after the sea-wolves’ raid on Alwentdale.

Acknowledgements:
As every, thanks to caulkhead for betaing.  Originally a birthday present for lexin.

The original cover image is ‘The flagship Royal Sovereign saluting at the Nore’ by Peter Monamy (1681–1749). The fonts used in this book are from the Source Serif Pro font family by Frank Grießhammer

This short story is rated Teen (15). You might also like to consider other books set in the Sherlock fandom or read more books in the Queen of Gondal series.