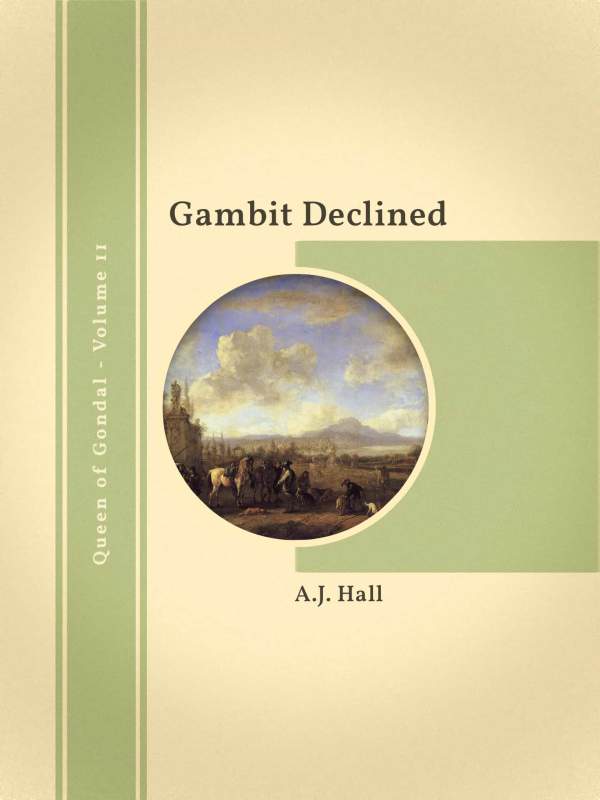 Gambit Declined is the eleventh in a series of Queen of Gondal books and is a quasi-historical AU of the BBC Sherlock series set (more or less) in three fantasy kingdoms devised by the Bronte children. Gambit Declined is set in October 1670, twenty years earlier than the main Gondal/Gaaldine story arc. You might like to refer to their suggested reading order, family trees & series information.

Queen Felicia of Gondal worries over the problems of her inability to conceive a child, the ambitions of Prince James, the heir-presumptive and the problems posed by “that Royal brat”, the fifteen-year-old hostage Sherlock, Prince of Gaaldine.

A shot rings out across an autumnal lake in North-Eastern Gondal. But at whom was the gun truly aimed, and how many decades will it be before its echoes finally die

Acknowledgements:
As every, thanks to caulkhead for betaing. Expert advice on seventeenth century wildfowling provided by sillymouse.

The original central cover image is based upon a photograph of an oil on oak panel painting ‘Setting out on the Hunt’ by Philips Wouwerman, the photograph is by the Web Gallery Of Art.. The fonts used in this book are from the Source Serif Pro font family by Frank Grießhammer.

The photographs were used under license detailed on their respective website pages as at the date of this book publication.