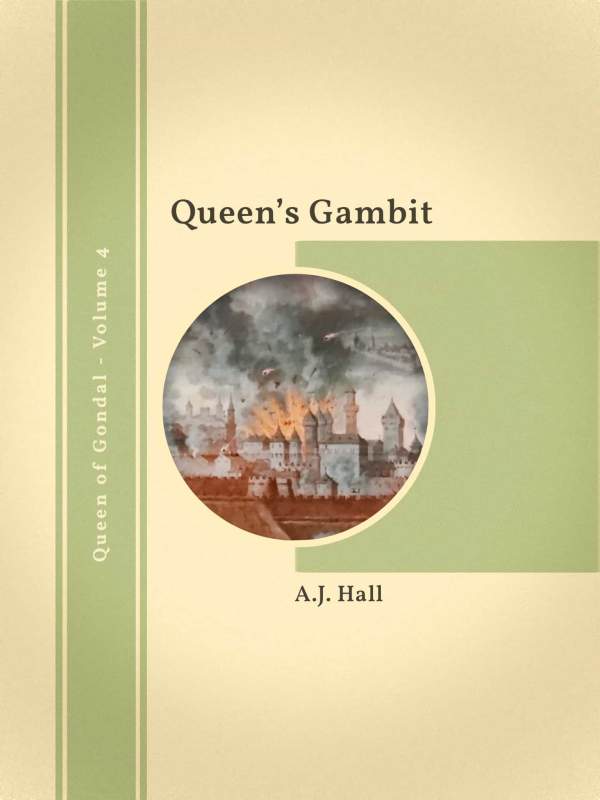 Queen’s Gambit is the fourth in a series of Queen of Gondal books and is a quasi-historical AU of the BBC Sherlock series set (more or less) in three fantasy kingdoms devised by the Bronte children. You might like to refer to their suggested reading order, family trees & series information.

In a remote country residence Master Ripley, a physician famed for his knowledge of frenzy and melancholia, tends a distraught woman broken by the ruthless dynastic politics of her House. The unexpected arrival of her kinsman the Crown Prince is a catalyst which forces Ridley to recognise the brooding evil at the root of his patient’s malady, a curse which has poisoned the lives of four generations and which sits so close to the Crown that treason itself ceases to be a relevant consideration. Meanwhile, death, fire and destruction creep inland from the sea and the wind is changing.

The original central cover photograph is from a painting of the Battle of Buda (1686) by F.Geffels (1625-1694), Hungarian National Museum (Budapest), photographed by Yelkrokoyade. The fonts used in this book are from the Source Serif Pro font family by Frank Grießhammer.

This novel is rated Teen (15). You might also like to consider other books set in the Sherlock fandom or read more books in the Queen of Gondal series.