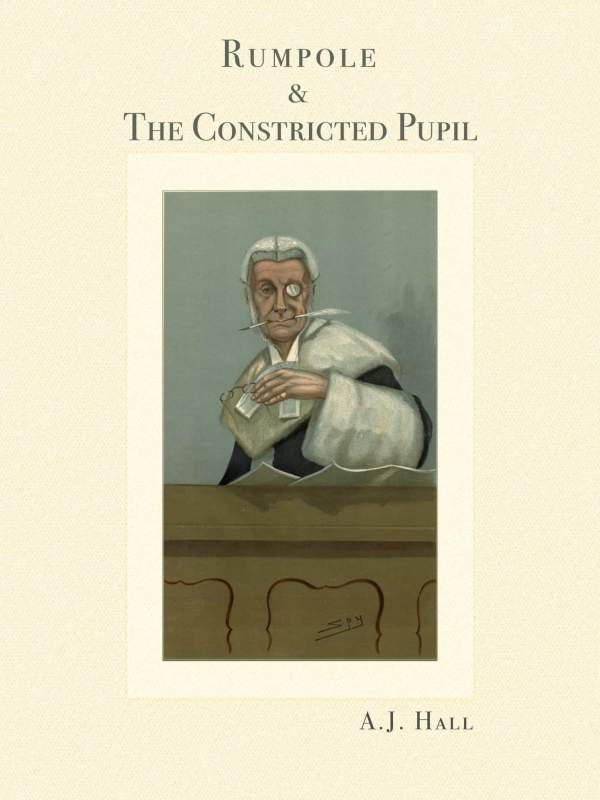 Rumpole & The Constricted Pupil is a short story in the Inheritance series and is a cross-over between the worlds of Rumpole of the Bailey, the Marlows books by Antonia Forest and The Charioteer by Mary Renault. It was originally written for the 2015 RenaultX Exchange Challenge. You might like to refer to their suggested reading order, chronology & series information.

When Horace Rumpole first represented Alec Deacon, the latter was a newly minted registrar, up on charges arising out of a misunderstanding in the gentlemen’s conveniences at Gloucester Green bus station, Oxford. Now he’s Sir Alec Deacon F.R.C.S. and needs Rumpole’s help again, this time on a charge of burglary (“No, Rumpole, that’s not a spelling mistake in the charge sheet.”)

Rumpole’s only hope of keeping his client out of gaol depends on finding a Will which may have been lost, stolen, impounded by the Samarkand branch of the KGB — or simply never written in the first place. Fortunately, Patrick Merrick, his summer pupil, knows a girl who may be able to shed some light on the matter.

Acknowledgements:
As every, thanks to caulkhead for betaing. Thanks also to liadnan for expert knowledge of the Bar; also for the observation that no character is so terminally eccentric as not to be capable of finding a home there.

The main image is based upon a caricature of Sir Arthur Moseley Channell, QC - “An Amiable Judge” by Leslie Ward (1851–1922) from Vanity Fair, published 17th February 1898. The fonts used in this book are from the Source Serif Pro font family by Frank Grießhammer.

This short story is rated PG. You might also like to consider other books set in the Rumpole, Antonia Forest or Mary Renault fandoms or read more books in the Inheritance series.