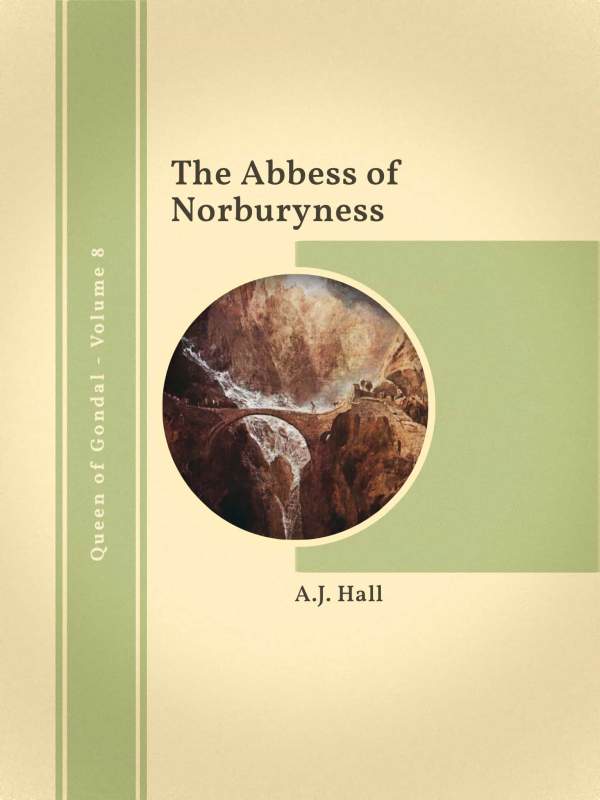 The Abbess of Norburyness is the eighth in a series of Queen of Gondal books and is a quasi-historical AU of the BBC Sherlock series set (more or less) in three fantasy kingdoms devised by the Bronte children. The earlier part of The Abbess of Norburyness takes place over the years preceding the events ofThe Crown Princess of Gaaldine; the final part occurs approximately six months after the events of The Curious Incident of the Knight in the Library. You might like to refer to their suggested reading order, family trees & series information.

David Hebron grows up on a secluded country estate as a ward of the Abbey of Norburyness, kept in ignorance of his true origins, his very name selected from the Bible by random chance. As he passes from boyhood to adulthood a sequence of apparently chance events begin to show him who he is and what he has the potential to become. Others, though, also have plans. For them, David Hebron represents an new battlefield in the unending struggles between Gondal and Gaaldine, aristocracy and monarchy, religious tolerance and  repression. On a bridge above a rushing beck in the mountainous North-East corner of Gaaldine David Hebron is about to come face to face with a member of his true family for the first time. The consequences will shake kingdoms to their foundations.

The original central cover oil painting is of the ‘Die Teufelsbrücke St. Gotthard’ by Joseph Mallord William Turner (1775–1851). The fonts used in this book are from the Source Serif Pro font family by Frank Grießhammer.