The Choices of the King 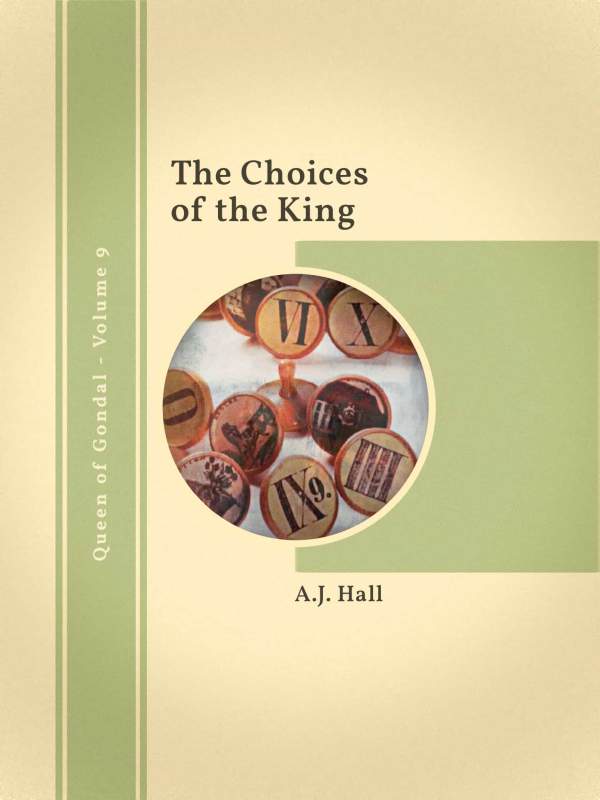 The Choices of the King is the ninth in a series of Queen of Gondal books and is a quasi-historical AU of the BBC Sherlock series set (more or less) in three fantasy kingdoms devised by the Bronte children. It is also a cross-over with the BBC Life on Mars series. You might like to refer to their suggested reading order, family trees & series information.

The Choices of the King deals with the immediate aftermath of the final scene of The Abbess of Norburyness. With the Crown Prince missing, his numerous enemies at Court strive to blacken his name with accusations of everything from cold-blooded murder to treason. The King is forced to take drastic action to prevent all-out revolt in Council, though it feels like cutting off his own right hand.

The original central cover image is taken from a  photograph of pieces from the game Gnav, an old Norwegian board game by Aaa324. The fonts used in this book are from the Source Serif Pro font family by Frank Grießhammer.

This short story is rated Teen (15). You might also like to consider other books set in the Sherlock or Life on Mars fandoms or read more books in the Queen of Gondal series.