The Cock o’ the North 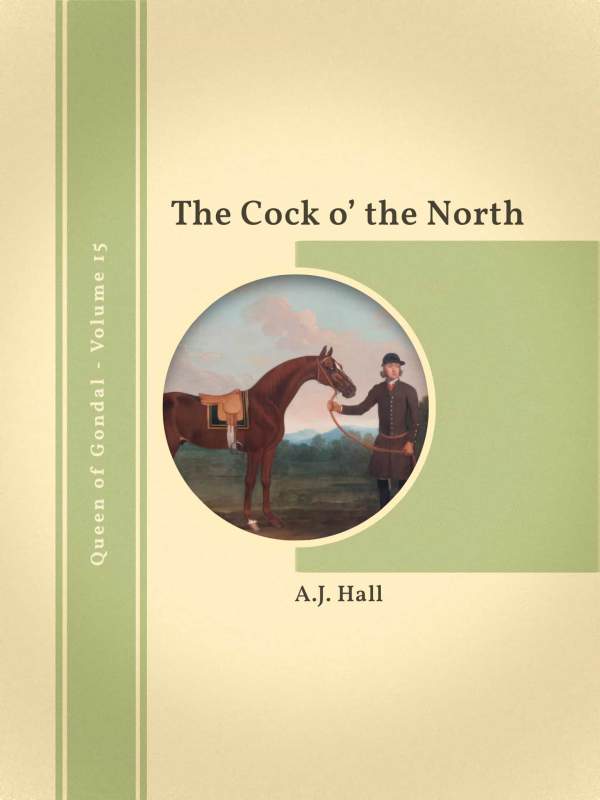 The Cock o’ the North is the fifteenth in a series of Queen of Gondal books and is a quasi-historical AU of the BBC Sherlock series set (more or less) in three fantasy kingdoms devised by the Bronte children. It is also a cross-over with the BBC Life on Mars series. You might like to refer to their suggested reading order, family trees & series information.

The border between Gondal and Gaaldine is a turbulent land, ruled by blood and feud and whose mailed fist strikes hardest. The five short days of the Pentecost Truce offer the only interval of peace in the Border year. For the first time Charis sits in her mother’s place as President of the Truce, and everyone is watching, waiting for her to make a mistake.

Dedicated, with enormous gratitude, to my beta caulkhead.

Acknowledgements:
As every, thanks to caulkhead for betaing and clanwilliam for hoof-picking.

The original central cover image is based upon a photograph of the painting ‘Old Fox held by a Groom’ by James Seymour (1702–1752). The fonts used in this book are from the Source Serif Pro font family by Frank Grießhammer.

This short story is rated PG. You might also like to consider other books set in the Sherlock or Life on Mars fandoms or read more books in the Queen of Gondal series.