The Curious Incident of the Knight in the Library 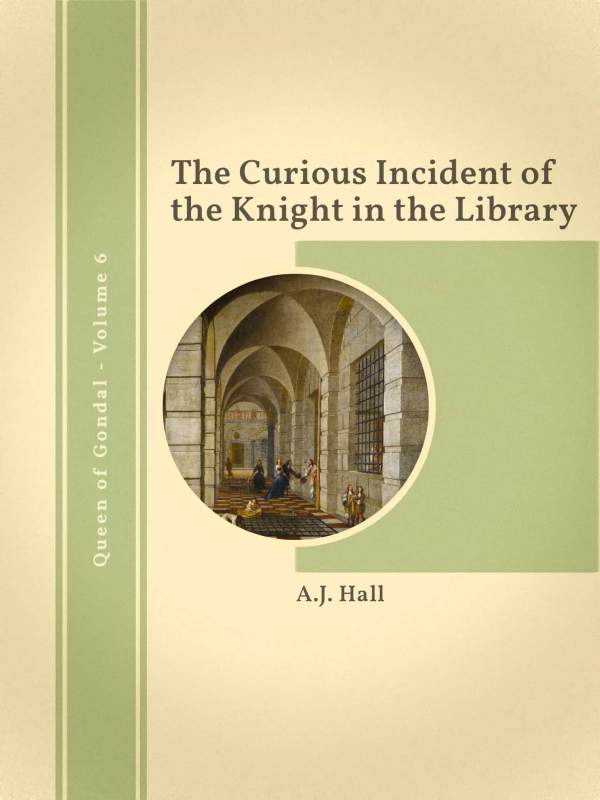 The Curious Incident of the Knight in the Library is the sixth in a series of Queen of Gondal books and is a quasi-historical AU of the BBC Sherlock series set (more or less) in three fantasy kingdoms devised by the Bronte children. You might like to refer to their suggested reading order, family trees & series information.

An ill-assorted party of English travellers arrive in Gaaldine, on the very edge of Europe, where tensions and buried secrets in the party are about to erupt in bloody murder. And murders happening on Palace premises are very much matters of interest to Sherlock, Crown Prince of Gaaldine, whatever the head of Palace Security thinks about high-born amateurs trespassing on his patch.

The original central photograph is of a painting (1676) of a dungeon interior with elegant figures by Wilhelm Schubert van Ehrenberg (1630-1676). The fonts used in this book are from the Source Serif Pro font family by Frank Grießhammer.

This novel is rated Teen (15). You might also like to consider other books set in the Sherlock fandom or read more books in the Queen of Gondal series.