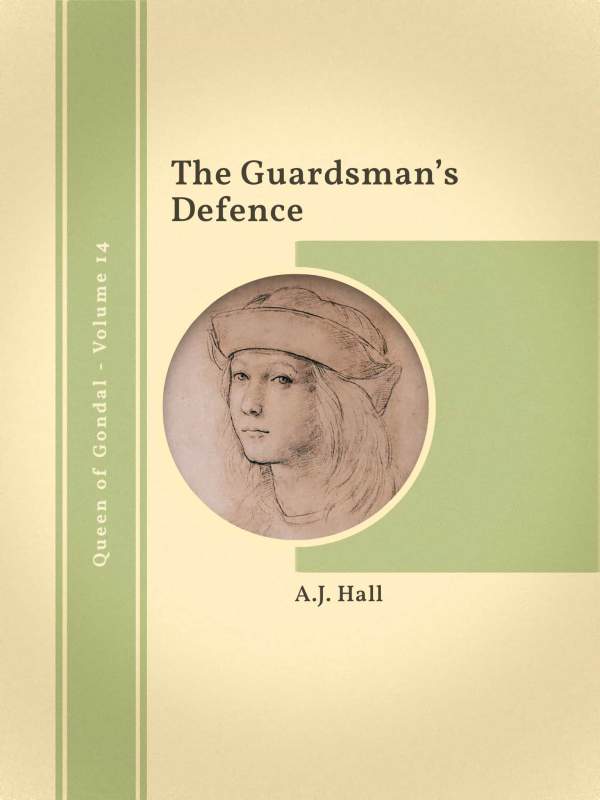 The Guardsman’s Defence is the fourteenth in a series of Queen of Gondal books and is a quasi-historical AU of the BBC Sherlock series set (more or less) in three fantasy kingdoms devised by the Bronte children. Chronologically, The Guardsman’s Defence is set immediately before The Crown Princess of Gaaldine but as it contains spoilers for later events in the series so it is recommended that it should be read in publication order. You might like to refer to their suggested reading order, family trees & series information.

The inner core of the King’s Council of Gaaldine meet to discuss a secret treaty offered by the dying King of Gondal, their historic enemy. The proposed treaty touches Prince Sherlock in a uniquely personal way. Leaving the Council session in desperate need of oblivion, he finds Fate has thrown a newly appointed member of the Palace guard in his way, a boy with the face of a Raphael angel. But should he call it Fate, or are human hands pulling the strings?

For caulkhead, beta-reader and navigator, on her birthday

Acknowledgements:
For obvious reasons, for once unbetaed.

The original central cover image is based upon a drawing by Rafael Sanzio de Urbino, probably a self portrait of this Italian painter and architect in his early teens. The fonts used in this book are from the Source Serif Pro font family by Frank Grießhammer.

This short story is rated Teen (15). You might also like to consider other books set in the Sherlock fandom or read more books in the Queen of Gondal series.