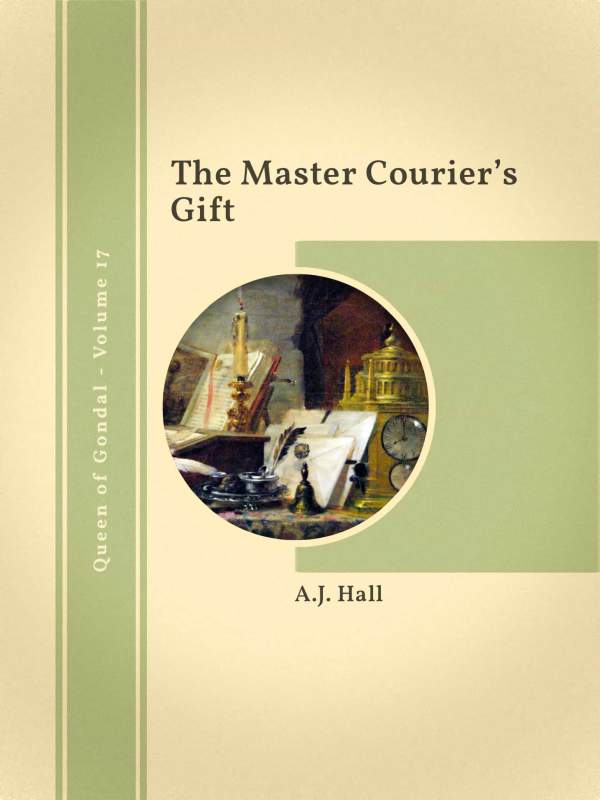 The Master Courier’s Gift is the seventeenth in a series of Queen of Gondal books and is a quasi-historical AU of the BBC Sherlock series set (more or less) in three fantasy kingdoms devised by the Bronte children. You might like to refer to their suggested reading order, family trees & series information.

With two days left before he leaves the King’s service forever, the sands of opportunity are running out for the head of a mail station in northern Gaaldine. Late at night, a hooded stranger comes tapping at his window. But even if, against the odds, he achieves his heart’s desire, what will be left for him afterwards?

Dedicated to caulkhead, with enormous thanks

Acknowledgements:
The original central cover image is based upon a photograph of a section of the 19th century painting ‘Marie Stuart, reine d’Écosse et prétendant au trône d’Angleterre, au moment où l’on vient la chercher pour aller à la mort ‘ by Philippe-Jacques van Brée, the photograph is by takomabibelot. The fonts used in this book are from the Source Serif Pro font family by Frank Grießhammer.

This short story is rated PG. You might also like to consider other books set in the Sherlock fandom or read more books in the Queen of Gondal series.