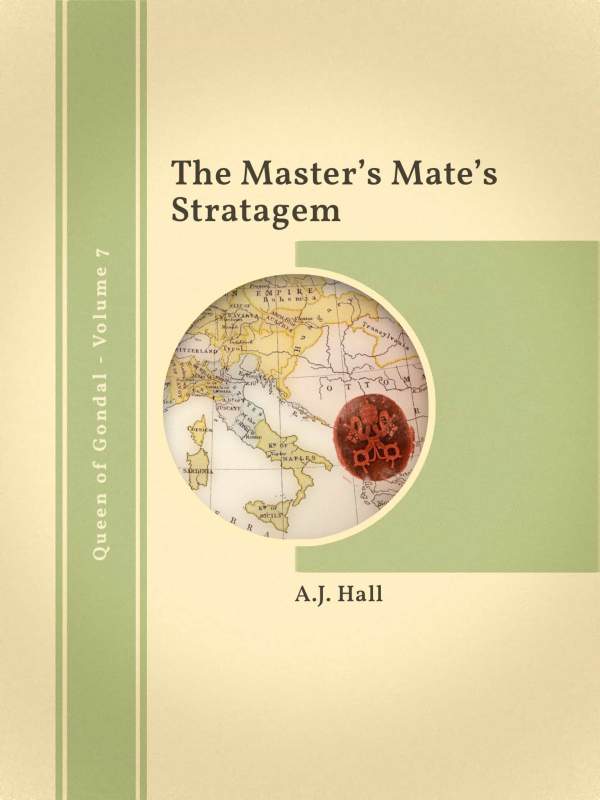 The Master’s Mate’s Stratagem is the seventh in a series of Queen of Gondal books and is a quasi-historical AU of the BBC Sherlock series set (more or less) in three fantasy kingdoms devised by the Bronte children. It is also a cross-over with the BBC’s radio comedy series Cabin Pressure, give or take a few hundred years of changing technology. You might like to refer to their suggested reading order, family trees & series information.

Lord Lestrade of Gondal, eloping from the Kingdom of Naples with Sally Donovan, a merchant’s daughter, takes passage aboard the ‘Santa Gertrude’ for the risky winter passage of the Straits of Otranto. When the ship’s cat takes a fancy to the contents of Lord Lestrade’s sea-chest, all that stands between the Santa Gertrude’s crew and the wrath of the most hot-tempered aristocrat in the three kingdoms are the quick wits of the master’s mate.  Fortunately, he may almost be as brilliant as the ship-owner’s son believes.

Acknowledgements:
For kalypso, on her birthday.

The original central map is of Western Europe in 1700 created by Longmans, Green & Co.. The reader should note that some elements of this map have been deliberately altered and therefore it should not be used for navigation or relied on in History ‘A’ level or undergraduate courses except in an absolute emergency. The wax seal is a re-creation of the Seal of the Vatican City taken from a line drawing by CanonLawJunkie. The fonts used in this book are from the Source Serif Pro font family by Frank Grießhammer.

This short story is rated PG. You might also like to consider other books set in the Sherlock or Cabin Pressure fandoms or read more books in the Queen of Gondal series.