The Prince of Elfland & the Errant Hound 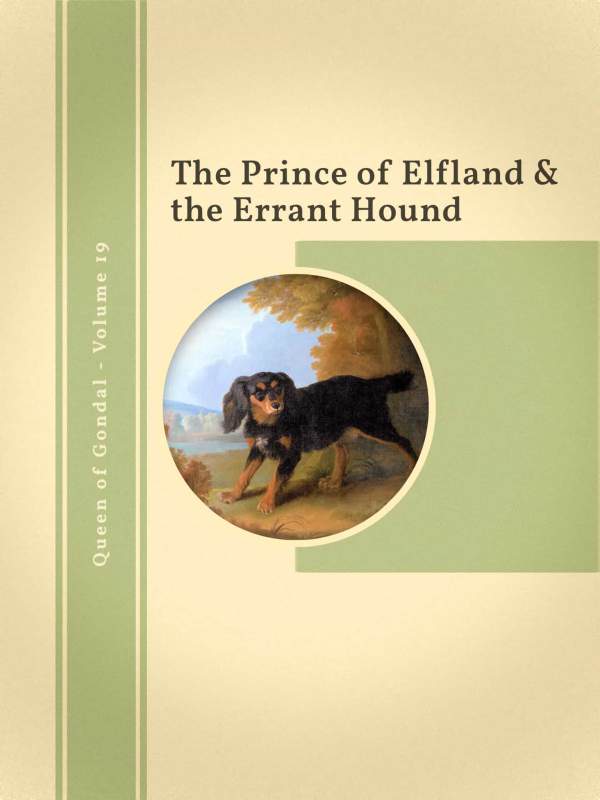 The Prince of Elfland & the Errant Hound is the nineteenth in a series of Queen of Gondal books and is a quasi-historical AU of the BBC Sherlock series set (more or less) in three fantasy kingdoms devised by the Bronte children. You might like to refer to their suggested reading order, family trees & series information.

Gondal, 1670. The older people of the village predict an invasion by Gaaldine before grape-harvesting time, but ten-year old Molly Hooper’s troubles are closer to home. Her father looks sad, but only when he believes she cannot see him. Her mother’s family, estranged since her parents’ marriage, are refusing to reply to his urgent letters. And now Molly’s dog, Tybalt, has run away.

Acknowledgements:
To caulkhead and shezan, with much appreciation.

The original central cover image is based upon a photograph of the painting ‘Portrait of Mimi, Madame de Pompadour’s King Charles Spaniel’ by Christophe Huet (18th century). The fonts used in this book are from the Source Serif Pro font family by Frank Grießhammer.

This short story is rated PG. You might also like to consider other books set in the Sherlock fandom or read more books in the Queen of Gondal series.