To Call the King Your Cousin 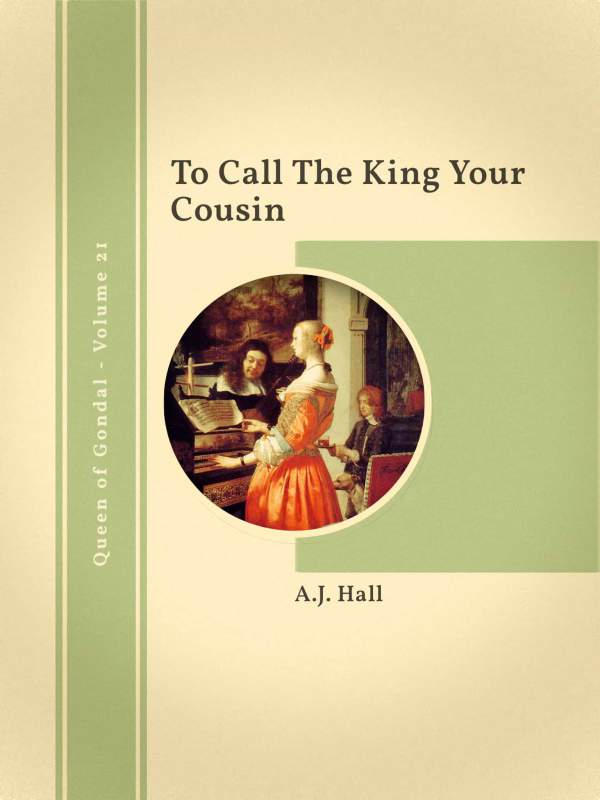 To Call the King Your Cousin is the 21st in a series of Queen of Gondal books and is a quasi-historical AU of the BBC Sherlock series set (more or less) in three fantasy kingdoms devised by the Bronte children. You might like to refer to their suggested reading order, family trees & series information.

All through the three kingdoms they tell the tale the same. There was once a lord of ancient lineage and crest-fallen estate who married a lady of surpassing worth and modest dowry, who bore to him three daughters and a son. The eldest daughter was tall and proud, with hair black as a raven’s wing, skin pale as alabaster and lips like rowan-berries. The second had brown hair soft as a thrush’s back, and she had a voice sweet enough to sing the birds out of the trees. But the youngest daughter — ah, her hair shone like the brightest of chestnuts, her eyes were bluer than a kingfisher’s crown and she laughed, played and sang all day long. And those who knew her said that, poor as her fortune was, some day a prince would come riding by, and carry her off to live beside him in his palace and become the mother of kings.

For every puissant prince must be in want of a wife.

Notes:
To Call the King Your Cousin is an instalment of the Queen of Gondal story arc which is also a fusion with Jane Austen’s Pride and Prejudice. Some text is taken from that work.

The timeframe of the novel runs in parallel with most of the other stories in the Queen of Gondal arc; its commencement is contemporaneous with the final two chapters of The Crown Princess of Gaaldine and it ends in early September 1689; that is, a period of some two months after the conclusion of The Master-Courier’s Gift.

Warnings: The author chooses not to warn. Readers’ attention is drawn to the overall series note; this is late 17th century European dynastic politics with all that implies.

Dedication: This story is presented as a gift to pashazade.

Acknowledgements:
Thanks to caulkhead for betaing and shezan for cheer-leading.

The original central cover is from an oil painting Woman at a Harpsichord by Frans van Meirs the Elder, 1658. The fonts used in this book are from the Source Serif Pro font family by Frank Grießhammer.

This novel is rated Teen (15). You might also like to consider other books set in the Sherlock, Cabin Pressure or Jane Austen fandoms or read more books in the Queen of Gondal series.